ATEEZ’s sunshine member San celebrates his birthday today! And in honor of his big day, we recognize his unmatched performing charisma!

Acknowledged for his talent by fans and industry critics alike, ATEEZ’s Choi San emerges from K-pop’s fourth generation as one of its most outstanding performers. The artist is known for his radiant kindness, dimpled-grin, and introverted personality, which is often hidden by his boisterous laugh. Despite his easy approachable charm, San continually dominates the stage with his incredible performances.

For many, San is a force to be reckoned with. Boasting stable vocals, commanding dancing, and an unmatched natural charisma, San is truly an outstanding performer.

Today, we celebrate San’s birthday and admire the many moments he shined!

It is a known fact among ATINY that San had little to no dancing experience prior to his training with KQ Entertainment. Nevertheless, many of the members had complimented his growth. Furthermore, the artist has been open about his struggles with dancing during his trainee days. However, what San lacked in experience he made up for with dedication. Diligently practicing and pushing himself, he evolved into the astounding dancer he is today.

San discussed one of his most challenging moments during his trainee days, in which he was cut from a monthly evaluation. Despite practicing endlessly, management believed he was not skilled enough to join his fellow ATEEZ members in a performance of BTS’ “Blood, Sweat, and Tears”. However, with persistence and practice, San proved his skills. He even took part in ATEEZ’s MAMA performance of the song in a center position, displaying his immense growth.

San holds such captivating talent on his own. However, it is also a thrilling experience to see him perform with other dancers. He manages to exude his distinct style while not overpowering the other. His interactions with other dancers depict his radiant friendliness, but also San’s natural ability to create chemistry with whomever he shares the stage with.

San frequently visits ATEEZ’s VLIVE channel, broadcasting some of his dancing sessions in the practice room. Fans are treated with an inside look of the artist practicing ATEEZ choreography as well as some moves from dance covers. San’s consistency and ambitious work ethic are to be admired. Furthermore, the VLIVEs are an indication of how hard San worked to build his skills from the ground up.

San’s performing intensity is highlighted in ATEEZ’s song “HALA HALA”. Immersing himself in the stage, so much so that he broke his mic during the group’s performance of the song at their Seoul concert, San embodies the track’s demonic qualities. Most notably, he displays his full intensity during the song’s ending chorus, impressing all.

“Wonderland” is another ATEEZ stage in which San shines. In the intense anthem-like track, he impresses with his fierce gaze, popping, and a move in which he falls back onto his ankles and pushes back up with ease. This stage calls attention to San’s extraordinary flexibility as well as his constant energy from start to finish.

While San is known for his powerful intensity, his versatility must be praised. With his charming dimpled grin and innate happiness that exudes from the artist while he performs, San performs cute stages just as effectively as the more vigorous ones. This is seen best in ATEEZ’s stage for their pre-debut track “From”, where San’s boyish charm excels.

San was the member chosen to start and finish ATEEZ’s “Answer” performance. Quick on his feet and able to emphasize the song’s mix of powerful and more graceful moves, San demands attention on the stage. Furthermore, many of ATEEZ’s songs including “Answer” convey their group’s narrative storyline, and San’s outstanding facial expressions do so perfectly. ATEEZ’s special stage at the 34th Golden Disk Awards is perhaps one of San’s most impressive performances to date. 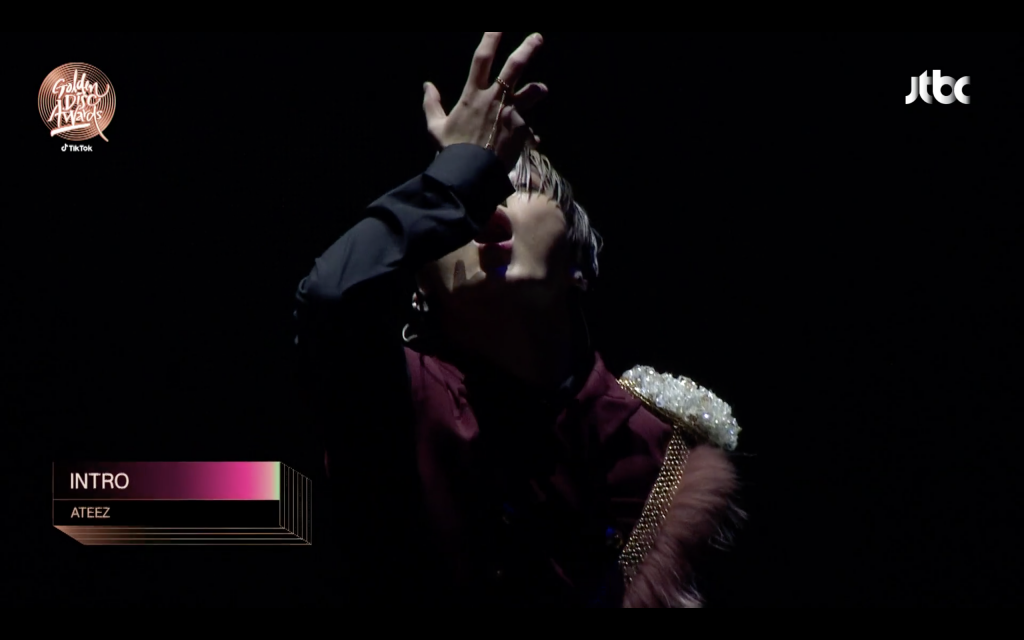 While his dance skills are envy-worthy, San’s voice is just as remarkable. Much loved by fans, the singer posted a sweet clip of himself crooning Dean’s “Instagram” during a night walk at the beach.

Fans enjoy San’s angelic voice more extensively in ATEEZ’s fan-dedicated ballad, “Star 1117”. The song highlights his soothing, ethereal tone as well as his ability to express his emotions beautifully. While San’s dancing may be more recognized, his amazing voice paired with his stage presence truly make him the full package performer.

While ATINYs continually admire San for his skills, he also receives numerous compliments within the industry. San was declared an “amazing performer who enhanced the stature of K-pop” by Stone Music Entertainment company due to his performing abilities. 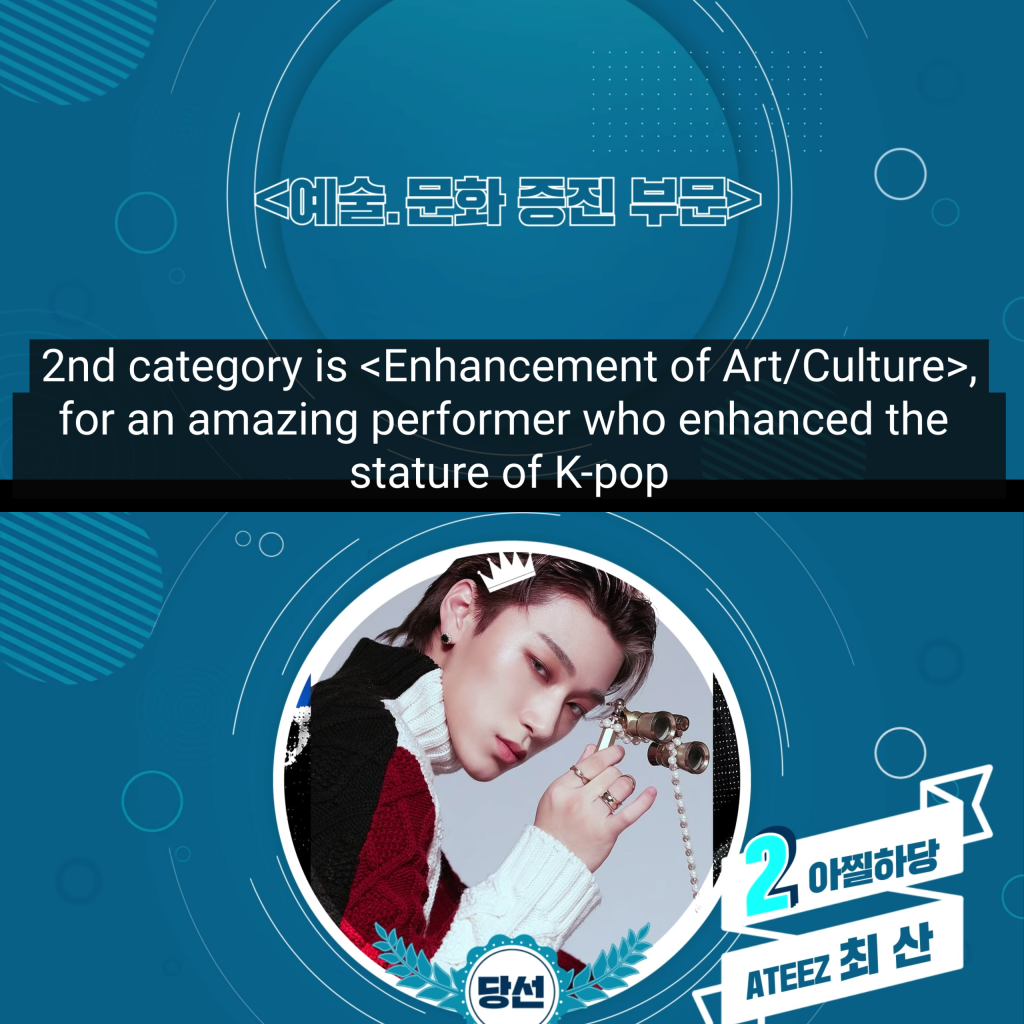 Meanwhile, San also received immense praise from renowned choreographer Lia Kim. In their pre-debut era, she said, “San is…I don’t know how it’s possible but he’s so flexible. So I think he can easily be the center of a performance.”

San was reunited with Lia Kim, as well as another choreographer Tina Boo, earlier this year. Both remarked on his impressive flexibility and his abilities to quickly learn choreography, and he once again amazed industry professionals.

As fans celebrate San’s special day, they can also look forward to ATEEZ’s upcoming comeback at the end of this month.