Mark your calendars, BLINKs! Your favourite quartet is gearing up to take over your screens real soon.

BLINKs, consider your weekend plans made! BLACKPINK will be making their appearance on everyone’s screens in the form of their new reality show, set for its first broadcast this weekend. 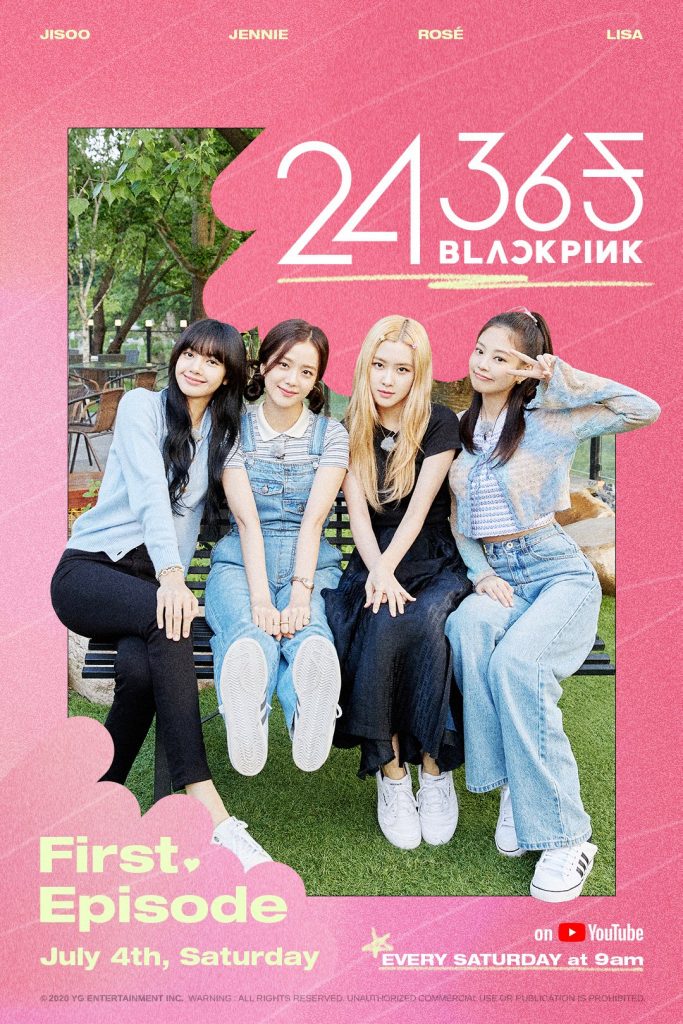 Jennie, Jisoo, Rosé and Lisa will be making their mark on your screens through their first solo reality show, 24/365 with BLACKPINK. A prologue to the show was released on the quartet’s YouTube page, and a teaser poster was released through their social media platforms.

24/365 with BLACKPINK will showcase the group’s daily life, their hobbies and activities when they are not busy with promotions as well as their personalities off stage. Notably, the reality show’s title was chosen in collaboration with BLINKs worldwide. Their first episode is set for release this Saturday, July 4, on their official YouTube channel. This episode highlights Jennie enjoying a shopping spree after a fashion event, and Lisa’s preparations as a dance coach for a Chinese reality show Youth With You – Season 2.

The release of their reality show comes fresh off the heels of their pre-release track, “How You Like That?” The track made waves on the music charts, topping real-time charts for MelOn, Genie, Bugs and Soribada. The quartet also hit a hundred million views for the music video within a day of its release.