ENOi will be making a comeback this August with an upgraded look.

Boy group ENOi has revealed the countdown timetable for its comeback set for August 6 and fans can expect various contents coming their way. 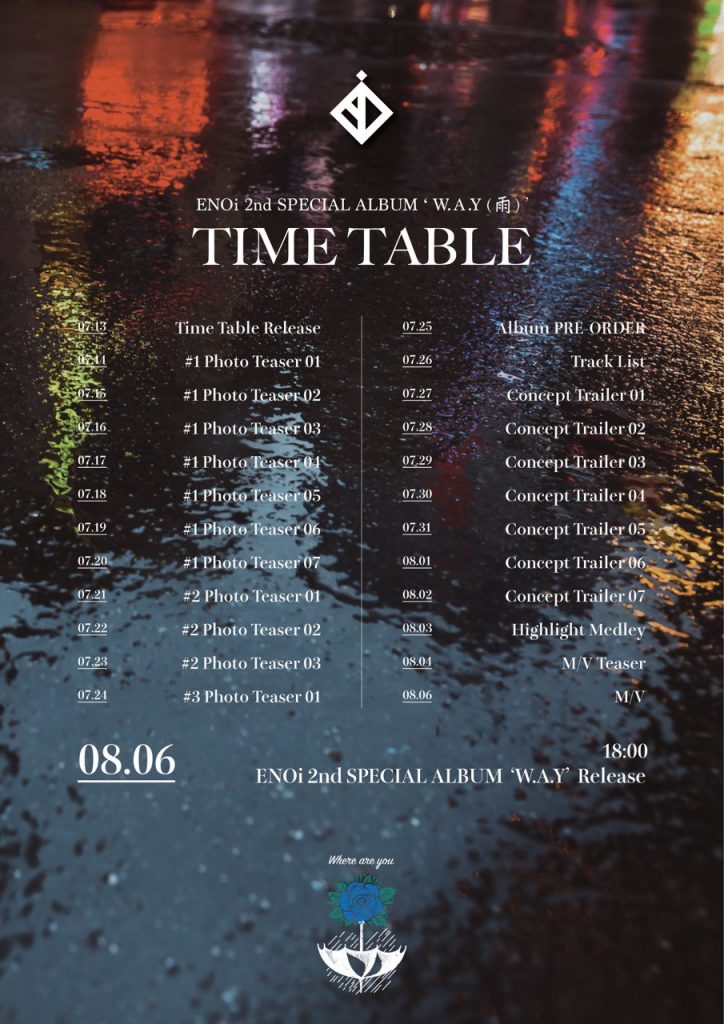 The group’s agency, Kithewhale Entertainment, released the official schedule for the upcoming second special album W.A.Y(雨). This is the first new release from ENOi since January 2020 when the boys unleashed the first mini album RED IN THE APPLE.

As stated, the first couple of days are saved for the photo teasers. In particular, each member will present an individual image, in order to showcase their new and upgraded looks. Another set of concept images will follow, finishing up with a special photo teaser.

In addition, member Avin set the countdown start after gracing fans with his dashing looks, surrounded by red flowers. The deep focused gaze from his eyes raised expectations towards the other members’ images which are about to follow. 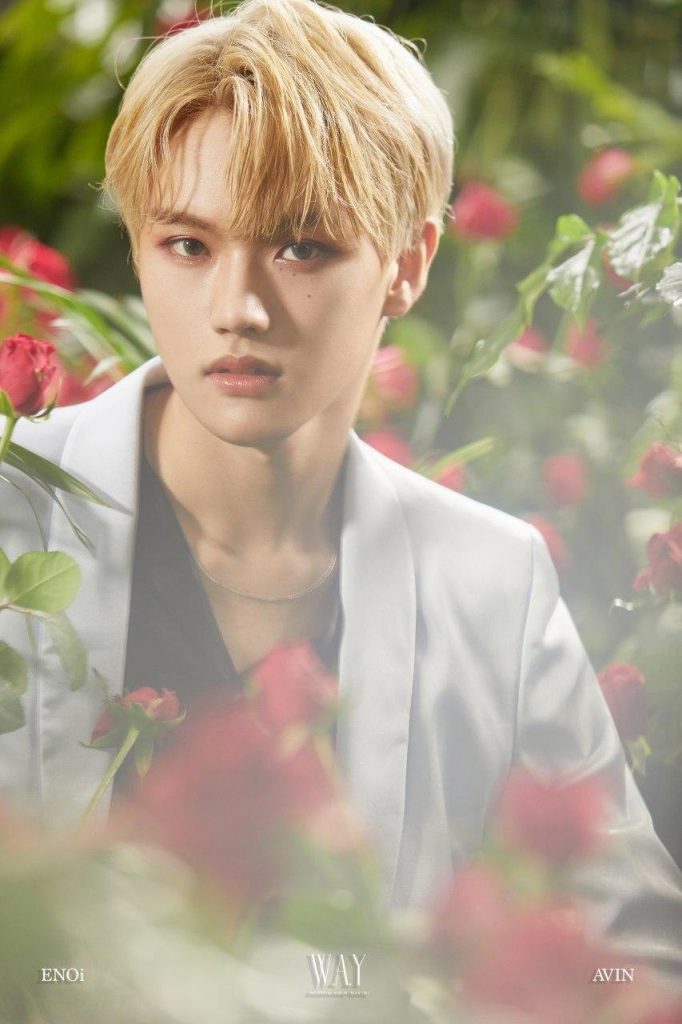 What awaits fans after the non-moving visual treats will be the album pre-order details and the unveiling of the track list. Thereafter, the group plans to release special concept trailers for each member. In particular, on August 3 and 4, the Highlight Medley and the music video teaser will raise expectations even more.

ENOi debuted in April 2019 with the digital single “Bloom”. In addition, the group’s discography also included RED IN THE APPLE and another special album For RAYS, Realize All Your Star. The new project is already making fans curious about the types of songs it will bring.

ENOi will release its second special album W.A.Y on August 6 at 6 PM KST.