EXO’s Sehun and Chanyeol are making their comeback as EXO-SC and opened up about the upcoming album, solo tracks, goals, and more.

EXO-SC will be releasing their first full album “1 Billion Views” and the music video for the title track of the same name at 6 p.m. KST on July 13. Not only have they participated in writing lyrics for all songs on the album, but they have also included three songs that they composed, showing their growth as musicians.

When asked how they feel about the upcoming comeback and what fans can expect from “1 Billion Views,” Sehun said, “We worked hard to create a good album as our fans have been waiting for it for a long time. As we worked so hard on it, we hope many people will listen to it, connect with it, and love it.” Chanyeol said, “The title track ‘1 Billion Views’ will be a disco hip hop track with a retro feel to it, and it compares wanting to see someone so much to one billion views. As streaming content has become a bigger presence in people’s lives, we’ve incorporated related terms like ‘ASMR,’ ‘4K high definition cam,’ and ‘web drama.’ These are terms that our fans use a lot and are familiar with, so that will be something fun to watch for.” 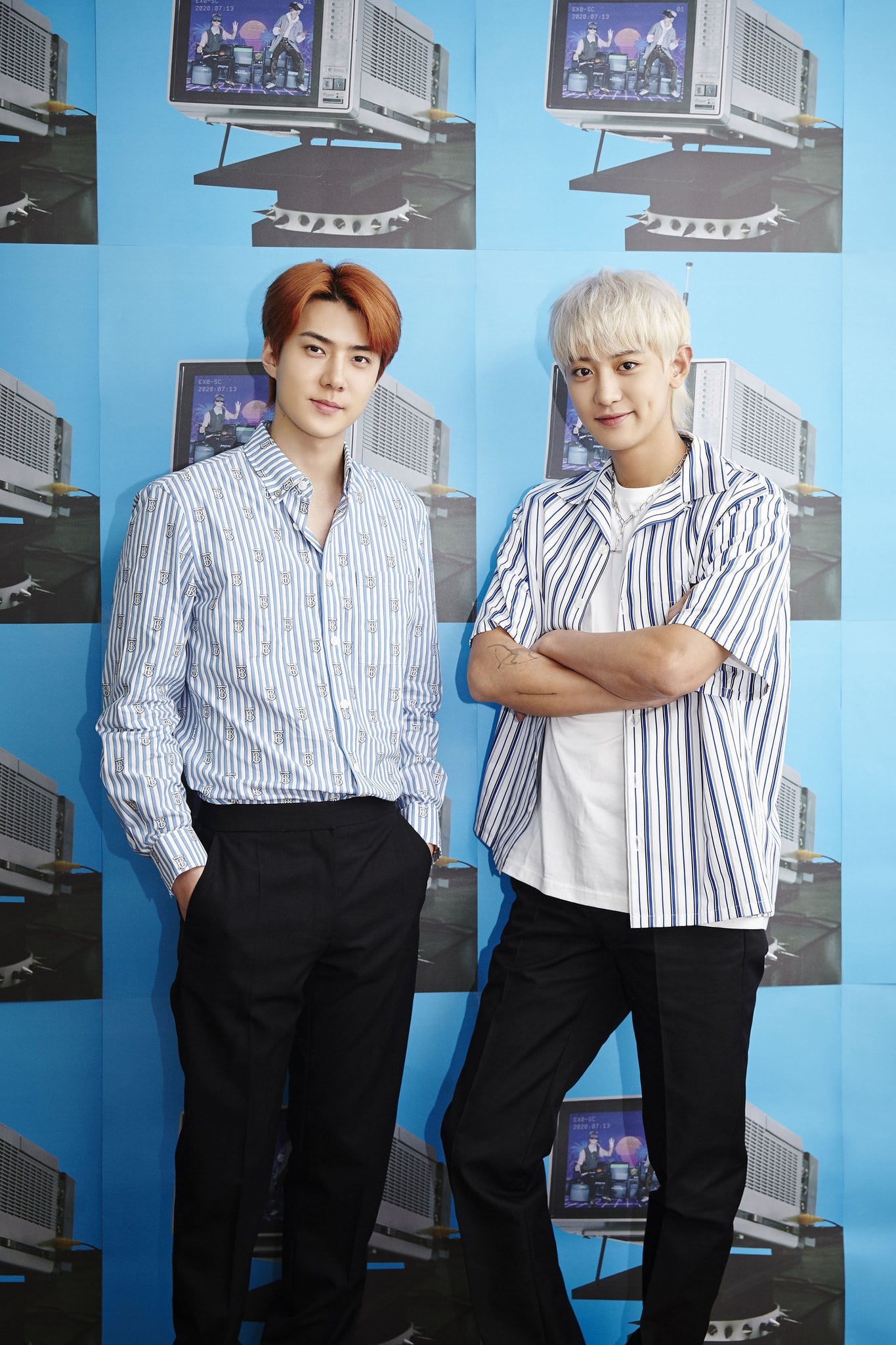 Talking about the process of creating their songs and where they find their inspiration, Sehun stated, “I looked back on my life from my childhood till now when I was writing lyrics. I thought of past experiences, both difficult and fun, and it was nice to be able to look back on a path I’ve been busily running down.” Chanyeol added, “I tend to get a lot of my ideas at night when it’s quiet and I’m lost in thought. I feel like I work best when I’m working on music late at night.”

The upcoming album is set to have solo tracks from Sehun and Chanyeol, and they were asked to share how they feel about each other’s song. Sehun said, “Chanyeol’s song ‘Nothin’‘ has a beat that’s really easy to listen to. It’s a high quality song with a great beat and addictive lyrics, so please listen to it a lot,” while Chanyeol said, “I think Sehun’s song ‘On Me‘ is a song that really expresses who Sehun is. The music video for it also shows a great performance from Sehun, so I think people will enjoy it even more if they watch the performance as well.” 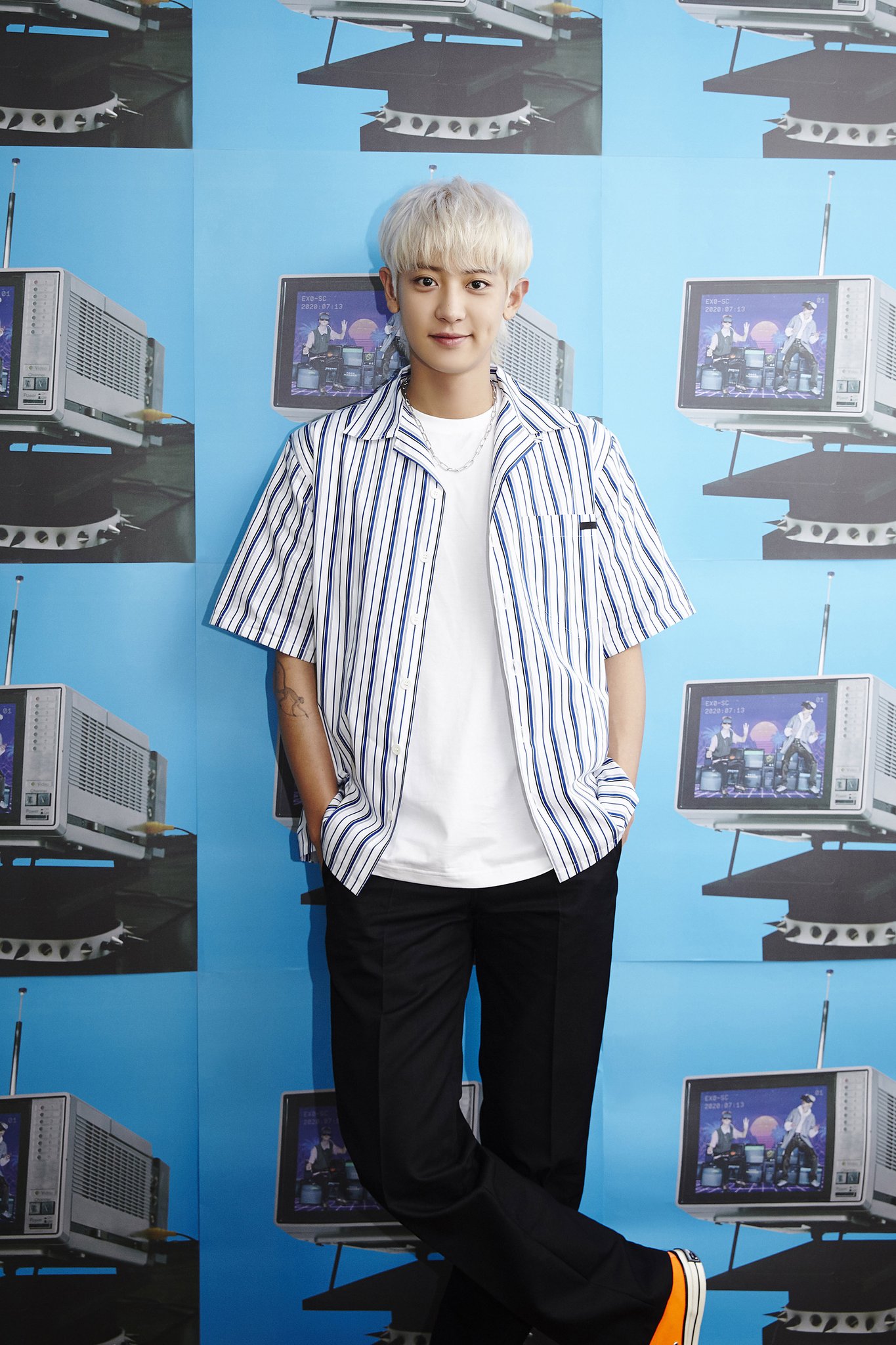 The duo also shared the behind-the-scenes story of how they surprised fans with the early release of track “Telephone.” Chanyeol said, “We wanted to give a fun surprise to our fans who have been waiting for our comeback. We like to drop spoilers, and we wanted to give them a present in a fun and unique way, so that’s why we did it. We really just went for it and played ‘Telephone’ during a live broadcast, and released the song soon after. We weren’t sure if it was going to work, but seeing how much our fans enjoyed it and were surprised made us happy.”

“Telephone” features 10cm, who is not the only artist to participate in the album. Dynamic Duo’s Gaeko was in charge of producing the album, and Sehun said, “Gaeko is one of Korea’s greatest rappers and producers, so it was an easy decision to work with him. We have a lot to learn from him musically, and he’s just a great person in general.” Chanyeol added, “We had great chemistry with Gaeko. And we’re also so grateful to all the other artists who participated in the album such as 10cm, Penomeco, and MOON. If we ever get the chance, we’d like to work with Post Malone next time.” 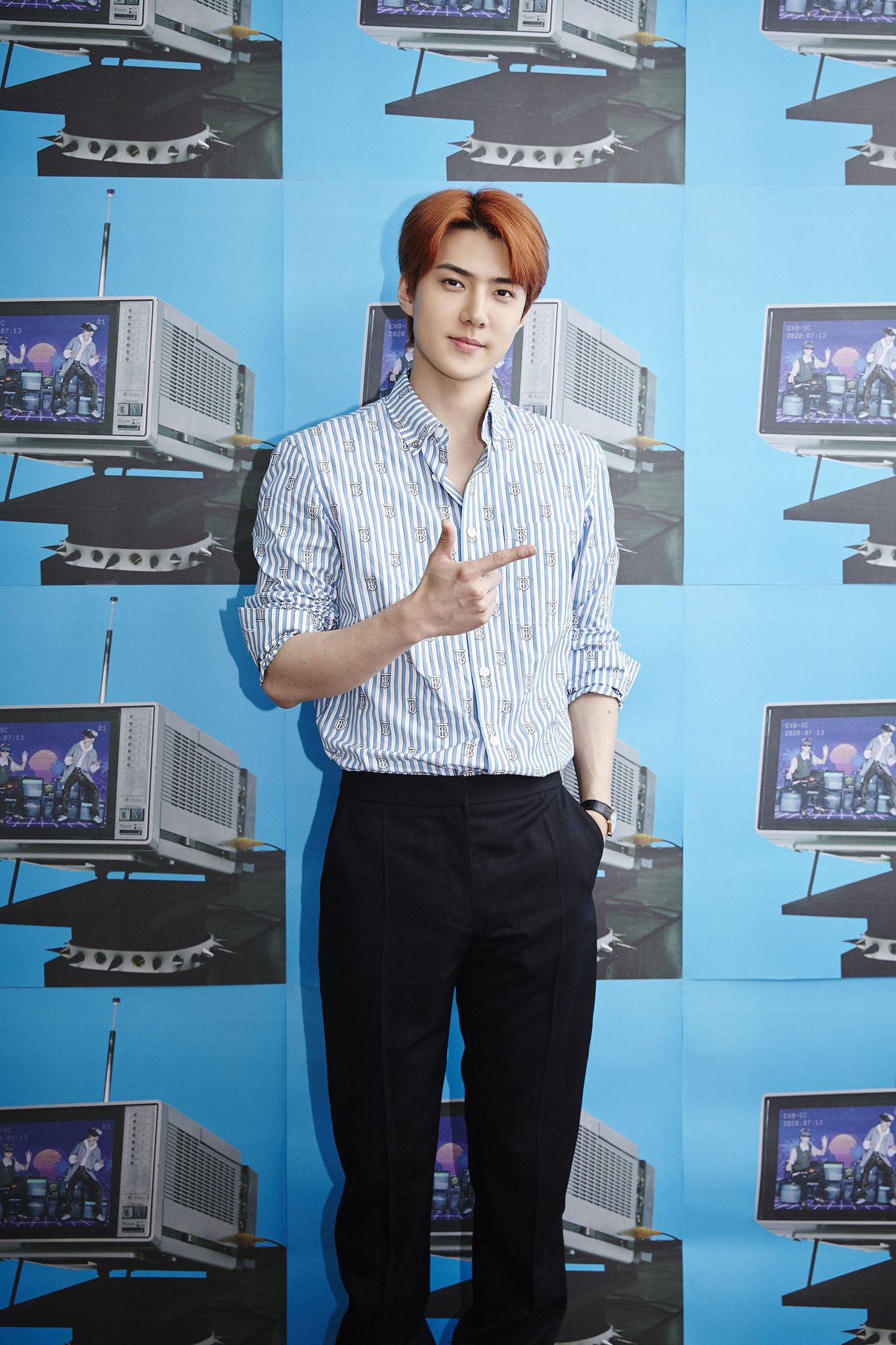 Finally, Sehun and Chanyeol shared their goals for the new album, as well as words of encouragement for each other. Sehun said, “We don’t have any big goals. We just hope more people will listen to and enjoy this album than our last album,” and said to Chanyeol, “Let’s keep going like this till the end.” Chanyeol said to Sehun, “Sehun, thank you for doing so well and being with me in 2020. I’m so happy that I get to make music with you.”

EXO-SC’s “1 Billion Views” will be released on July 13 at 6 p.m. KST. Check out the teasers in the meantime here!