South Korean girl group GFRIEND celebrated their comeback with 回: Song of the Sirens through a special media conference and shared how their newest mini-album became an opportunity for them to try an unconventional concept. 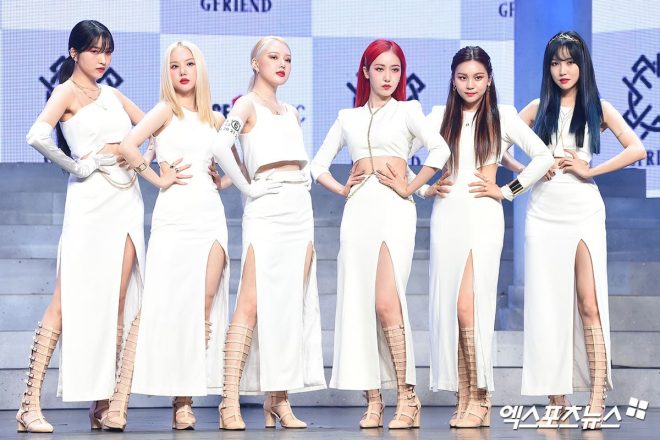 Revealing that they really wanted to ace other looks, GFRIEND’s charismatic leader Sowon said, “We all agreed that it was time for a change. We’ve been worried about how this new look might surprise our fans, but we worked hard because we want to show that we’re a team with various different sides to us.”

Yuju noted that they are not only open to change their external appearance, but also their participation in making their music as well. “I think that’s the biggest change we’ve gone through. Because we’re going through such a big change for this album, we really thought a lot about the details of how to interpret to songs and how to express ourselves through our choreography,” she said. 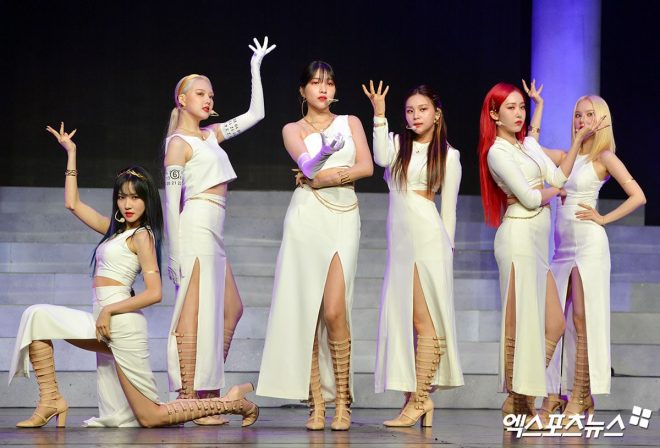 Eunha and Yuju participated in writing and composing some of their new tracks including their main song “Apple” and “Tarot Cards”. GFRIEND’s youngest member Umji also lent her skills by writing the lyrics for “Time of the Eye”.

Though feeling a little more pressure for this comeback, Sowon said, “We hope people will see us and say that GFRIEND is good at taking on new concepts and they’ll naturally hum and dance along with us. Our choreography has a lot of moments that are easy to follow. We hope lots of people do cover dances as well.”

Meanwhile, in related news, GFRIEND’s 回: Song of the Sirens has been officially released at 6 PM KST today! Fans may check the music video for the girls’ title track “Apple” on YouTube.