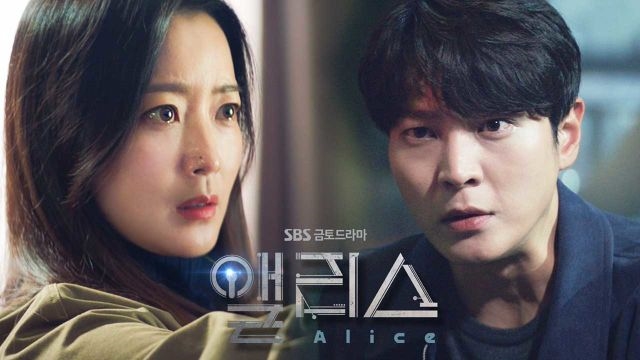 Plot Synopsis by AsianWiki: Due to a death, a man and a woman become separated forever, but they meet again like magic.

Park Jin-Gyeom (Joo Won) is a detective, who doesn’t show emotions. While investigating a mysterious case, he realizes the existence of time travelers. The time travelers come to the present day from the future through a space called Alice. Park Jin-Gyeom struggles to prevent negative things happening through Alice. During this time, he meets Yoon Tae-Yi (Kim Hee-Seon) again. She died in the past. Park Jin-Gyeom insists that their meeting is a fateful reunion. Yoon Tae-Yi is a genius physicist and she holds a key to time travel. While they unravel the secret of time travel together, she realizes a secret behind her.