Too has unleashed the last five members’ solo concept images and is now preparing to focus on the song previews for Running TOOgether. 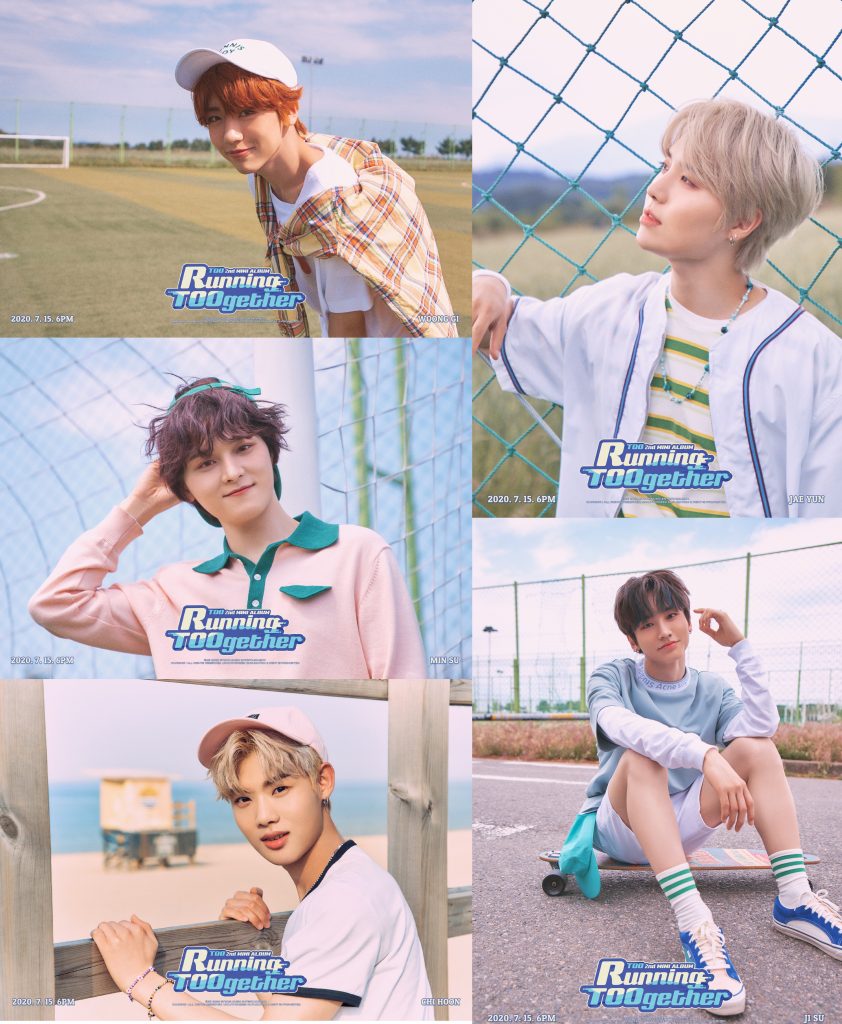 From July 7 to 11, TOO revealed members Woong Gi, Min Su, Jae Yun, Chi Hoon and Ji Su’s teasers. Just like the previous five members, each one had two photos to dazzle fans with.

Each member showed a different charm of theirs, creating a cool summery atmosphere in each photo. Moreover, Woong Gi and Min Su showed off their cute and playful youthful sides for the camera. Meanwhile, Jae Yun and Chi Hoon portrayed a more flamboyant and refreshing look.

Lastly, Ji Su shined with his cool and dreamy looks, even while posing with a flower in one of the pictures.

These images marked the end of the individual teasers, setting the path towards the final days of the comeback countdown. What awaits fans are the two music video teasers and the highlight medley for the album, further raising expectations.

Previously, the group showed the teasers for the other five members of the group. They each managed to give off the warm season vibes while in the meantime looking stunning. Even in the album trailer video, TOO brought the handsome youth feel while enjoying themselves outdoors.

The idols also unveiled the track list for Running TOOgether, which included five songs to look forward to. Moreover, the title song was also shared to be “Count 1, 2”.

Meanwhile, TOO will release its second mini-album Running TOOgether on July 15 at 6 PM KST.